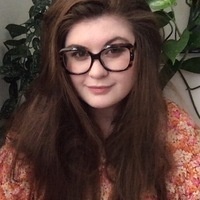 Challenging the Shame Paradigm: Jewish Women’s Narratives of Sexual(ized) Violence During the Holocaust

For decades now, researchers have carved out space in which to examine the nature of sexual(ized) violence during the Holocaust, establishing that conditions of genocide left Jewish women, girls, men, and boys vulnerable to such abuses and that these abuses happened. Alongside this, scholars have been keen to explore why (some) survivors remained silent about their memories of sexual(ized) violence, often connecting this silence to feelings of shame. Shame is a ubiquitous part of the wider discourse around sexual(ized) violence, yet as Regina Mühlhäuser (2020) has pointed out, "defining the primary harm caused by sexual violence in terms of stigma and shame brings further problems. It reinforces the alleged inevitability of shame as a natural response by the individual victim […], it assumes that families and communities will always shame and stigmatize the victims."

In this talk, Lauren Cantillon will explore the tensions and textures of emotions present in Jewish women’s personal memory narratives of sexual(ized) violence during the Holocaust. Drawing on interviews from the USC Shoah Foundation Visual History Archive, she will highlight some of the numerous Jewish women who shared their stories within the context of a Holocaust testimony interview. The multimodal nature of the interviews within the VHA offers the chance to examine how spoken words intersect with embodied manifestations of the same memory: what emotions may we observe in the moment of recounting? What emotions are verbally recounted as part of an individual’s narrative? Are they the same, or different?

Another aspect of her research she will discuss is her investigation into how personal stories of sexual violence interact with and are embedded within an individual’s wider Holocaust narrative. She will also reflect on how the VHA’s indexing system shapes her work and impacts wider access to first-hand accounts of sexual(ized) violence during the Holocaust.

Lauren Cantillon is the 2020-2021 Robert J. Katz Research Fellow in Genocide Studies at the USC Shoah Foundation Center for Advanced Genocide Research. She is is a PhD candidate in the Department of Culture, Media & Creative Industries at King’s College London. Her PhD working title is "Remembering, Remediating, and Infrastructures of Forgetting: Jewish women’s memories of sexual(ised) violence during the Holocaust." She completed her undergraduate degree in English Literature at Queen Mary University of London and holds an MA in European Jewish History from the same institution. Lauren Cantillon’s current research sits at the intersection of memory, gender and genocide, and more widely she is interested in how emotions intersect with regimes of memory. In a forthcoming chapter she explores how artists have challenged the British government’s invocation of the emotional regime of the Second World War as part of their response to the ongoing COVID-19 pandemic. Since 2019, she's been involved with the King’s College London Arts and Humanities Research Institute, and at present is also working to improve institutional research culture for researchers of emotionally demanding research at King’s College London.