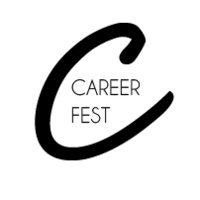 D’Lo is a queer/transgender Tamil-Sri Lankan-American actor/writer/comedian whose work ranges from stand-up comedy, solo theater, plays, films and music production, to poetry and spoken word. He’s been seen on HBO, Amazon, Netflix, and CW. D’Lo is currently in development on a scripted series based on his life that is set up at BTR Media and Paul Feig’s Powderkeg Media. His solo play To T, or not to T? ran at The LGBT Center this past fall.

He also appears in various Buzzfeed and Fusion videos, on the web series Eastsiders and Dyke Central and the Issa Rae/Project Greenlight produced Minimum Wage. His is working on his own web series Private Dick. He has also been featured in The Guardian, NBC, and The Advocate. The documentary by Crescent Diamond based on D’Lo’s life/work, called Performing Girl, won the best short documentary award at Outfest 2013, and he was part of the Emmy-Nominated mini-doc series This is Me produced by Rhys Ernst and Zackary Drucker.

The Civic Media Fellowship at Annenberg Innovation Lab (AnnLab) aims to strengthen and expand the field of civic media — the use of today’s technologies to create and harness media that connects with communities, inspires action, builds civic capacity and helps sustain social change efforts — by pushing the boundaries of what it can be.

As part of the Civic Media field-building activities this spring, AnnLab is holding public chats featuring practitioners — artists, creators, storytellers, organizers, and others working at the intersections of media, technology and culture — presenting and sharing their civic media work to inspire and build community with other practitioners. These public chats provide a platform to share and reflect on civic media practice, highlight the work being done and the way folks are working, and encourage conversation amongst a growing network. More information at https://annenberg.usc.edu/events/civic-media-speaker-series-dlo

Career Fest is a week of events hosted by departments across campus for USC students centered on career success and professional development. Check out the full schedule of events here.