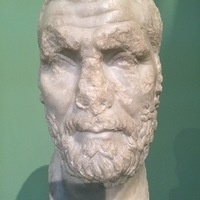 Ancient Rome developed its own form of cancel culture to deal with the monuments of condemned emperors whose memories were subjected to post mortem sanctions.  Beginning in the first century CE strong traditions emerged for destroying, defacing, erasing and recycling the representations of overthrown rulers like Caligula, Nero, Domitian, Commodus and others.   Mutilated and altered images were transformed on a widespread scale across media into powerful anti-monuments and counter-monuments within the memorial landscape of the ancient city.