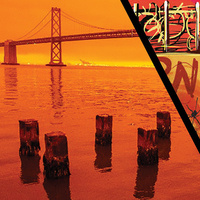 DESCRIPTION:
In the fall of 2020, when wildfires turned the once-blue skies of California into a glowing orange hellscape—all amid a viral pandemic marked by severe racial and social disparities and protests over police violence against communities of color—some of the darkest fiction about California’s future seemed especially prescient.

Moderated by Los Angeles Times culture columnist Carolina A. Miranda, a wide-ranging panel including climate resiliency expert John Bwarie, Octavia Butler scholar Ayana A. H. Jamieson, science fiction author Kim Stanley Robinson, and climate scientist Daniel Swain will try to make sense of a California that increasingly resembles the dystopia of Butler’s classic novel Parable of the Sower. Were the historic wildfires of 2020 an aberration—or the new normal? How do social and environmental distress amplify each other? Do fictional depictions of California’s future inform, encourage, or hinder efforts to build a better future? And can utopian visions still play a role?

Prior to the discussion, digital artist Erik Loyer of Opertoon and a team of students from the Ahmanson Lab at the USC Sidney Harman Academy for Polymathic Study will share their speculative vision of California’s future in the form of an immersive digital work, accompanied by an exhibition of rare and unique materials from the USC Libraries’ collections.

Bios:
John Bwarie, founder and CEO of Stratiscope, is legendary for activating communities across the country, as well as educating leaders and organizations in his proprietary, groundbreaking approach to creating a community brand profile. Bwarie founded and directs the Community Brand Accelerator, an elite academy for high-profile and up-and-coming changemakers seeking to expand their influence and build communities.

Ayana A. H. Jamieson is the founder of Octavia E. Butler Legacy Network. Her work centers around the intersections of critical depth psychology, race, culture, and mythology. As an interdisciplinary scholar, Jamieson’s dissertation, “Certainty of the Flesh”: A Biomythograchical Reading of Octavia E. Butler’s Fictions, explores Butler’s biographical origins and the mythic aspects of her literary work.

Erik Loyer is an Annenberg Innovation Lab Civic Media Fellow and two-time Webby Awards official honoree whose work has been commissioned by the Whitney Museum of American Art; the Museum of Contemporary Art, Los Angeles; and the San Francisco Museum of Modern Art. He uses tactile and performative interfaces to tell stories with interactive media.

Carolina A. Miranda is a Los Angeles Times columnist covering art, architecture, and urban design, along with various other facets of culture in Los Angeles. Her work often looks at how the arts intersect with politics, gender, and race—from the ways in which designers are rethinking the nature of monuments to the ways in which art intersects with development and gentrification. She is a regular contributor to KCRW’s Press Play and was a winner of the 2017 Rabkin Prize in Visual Arts Journalism.

Daniel Swain is a climate scientist within UCLA’s Institute of the Environment and Sustainability, a research fellow in the Capacity Center for Climate and Weather Extremes at the National Center for Atmospheric Research, and the California Climate Fellow at The Nature Conservancy. His recent work seeks to understand the changing spatiotemporal character of precipitation, including the rising risk of droughts and “megafloods” in a warming climate.