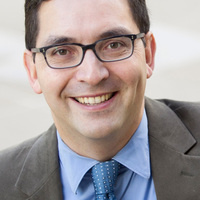 The Western Environment: In Conversation with Geraldo L. Cadava

Continuing a series of investigations of western American environmental history topics curated by the Huntington-USC Institute on California and the West, join Geraldo L. Cadava, associate professor of History at Northwestern University, as he discusses current research for his forthcoming book about the Hispanic Conservative Movement from the 1960s until the 1990s. This thirty year period was bookended by the founding of the Republican National Hispanic Assembly and Proposition 187, which split the group in two and ultimately led to its dissolution. During this period, Republican leaders went from calling for amnesty to calling for the construction of imposing border walls. As the party took a hard right turn on immigration, Hispanic conservatives no longer found it to be a welcoming home for them. In many ways, the birthplace of the Hispanic Conservative Movement (and maybe its burial site, too) was in California and the American West, not the 90-mile-wide strait between Havana and Miami, as many would assume.

Geraldo L. Cadava is from Tucson, Arizona. He received a B.A. from Dartmouth College and a Ph.D. from Yale University. His first book, Standing on Common Ground: The Making of a Sunbelt Borderland (Harvard University Press, 2013), won the Frederick Jackson Turner Award from the Organization of American Historians.