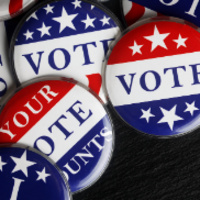 Zakhary Mallett is a Ph.D. Candidate in Urban Planning and Development at the USC Sol Price School of Public Policy.  His research is at the intersection of transportation finance, travel behavior and urban form.  He is especially interested in growing our understanding about the subsidies given to various forms of travel and the distributional and spatial development impacts these may produce – for example, if transportation subsidies disproportionately benefit certain travel groups at the expense of others or facilitate outward growth, and to what degree.  Prior to joining the Price School, Zakhary was an elected member of the Bay Area Rapid Transit District Board of Directors, where he served for four years.  Just twenty-five years old at the time of his election, he remains the youngest person ever elected to the BART Board of Directors.  Zakhary also spent three-and-a-half years as a ridehail driver, so brings an insider’s perspective about the labor, travel behavior and land use impacts of ridehailing.

Jan Brueckner is Distinguised Professor of Economics at the University of California, Irvine.  He received a B.A. from UC Berkeley in 1972 and a Ph.D. from Stanford University in 1976, and was a long-time faculty member at the University of Illinois at Urbana-Champaign before coming to UCI in 2005.  He has served as visiting professor at UC Santa Barbara and UC San Diego, and has been a visiting scholar at many foreign universities. Brueckner has published extensively in the areas of urban economics, public economics, housing finance, and the economics of the airline industry.  He served as editor of the Journal of Urban Economics for 16 years and is currently a member of the editorial boards of 8 journals. He has served as a consultant to the World Bank, the US Department of Transportation, many of the major airlines and other organizations.