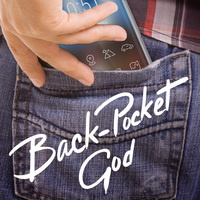 Join us for a conversation about the changing role of religion and spirituality in the lives of young adults.

More than a decade ago, a group of researchers began to study the religious and spiritual lives of American teenagers. They tracked these young people over the course of a decade, revisiting them periodically to check in on the state -and future- of religion in America, and reporting on their findings in a series of books, beginning with Soul Searching (2005). Now, with Back-Pocket God, this mammoth research project comes to its conclusion. What have we learned about the changing shape of religion in America?

Melinda Lundquist Denton and Richard Flory find that the story of young adult religion is one of an overall decline in commitment and affiliation, and in general, a moving away from organized religion. Yet, there is also a parallel trend in which a small, religiously committed group of emerging adults claim faith as an important, although often routine, fixture in their lives. Emerging adults don't seem so much opposed to religion or to religious organizations, as they are uninterested in religion, at least as they have experienced it. Instead, young people approach religion like an app on the ubiquitous smartphones in our back pockets: readily accessible, easy to control, and useful-but only for limited purposes.