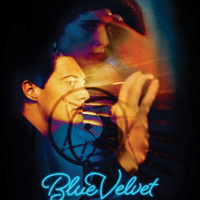 DESCRIPTION:
Join us for a screening of Blue Velvet (1986), a neo-noir mystery film written and directed by David Lynch. Now recognized as one of Lynch’s masterpieces, this hallucinogenic thriller stars Kyle MacLachlan, Isabella Rossellini, Dennis Hopper, and Laura Dern. Blue Velvet probes beneath the cheerful surface of suburban America to discover sadomasochistic violence, corruption, drug abuse, crime and perversion. Kyle Maclachlan stars as Jeffrey Beaumont, a square-jawed young man who returns to his picture-perfect small town when his father suffers a stroke. Walking through a field near his home, Jeff discovers a severed human ear, which he immediately brings to the police. Their disinterest sparks Jeff's curiosity, and he is soon drawn into a dangerous drama that's being played out by a lounge singer, Dorothy Vallens (Isabella Rossellini) and the ether-addicted Frank Booth (Dennis Hopper).