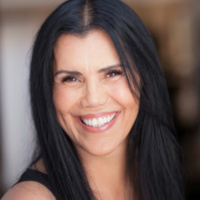 Location given upon registration

As an actress, singer, songwriter, entrepreneur, producer and filmmaker of American Indian performing arts including programming on her Red Nation Television Network, Joanelle Romero has entertained, inspired, moderated, enlightened the general public for nearly 40+ years. Using media as a primary tool, Romero has created a connection within Indian Country including the film, television and music industries to people around the world.

In addition, Joanelle Romero is founder & CEO of Red Nation Celebration Institute, Film Festival and The American Indian Heritage Month in the City of Los Angeles and member of The Motion Picture Arts & Sciences.

Lunch with a Leader provides students, faculty, and members of the public the opportunity to hear ideas from local, state, and national leaders, share their own ideas, and gain inspiration for effective governance in a more intimate and informal setting.