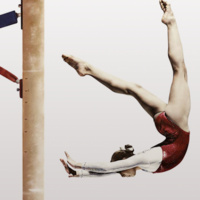 ‘At the Heart of Gold’ screening

Join USC Annenberg for a screening and discussion of the groundbreaking documentary At the Heart of Gold: Inside the USA Gymnastics Scandal. This film chronicles how, for more than two decades, Dr. Larry Nassar used his position as the osteopathic physician for the US Women's Olympic gymnastics team and physician at Michigan State University to sexually abuse hundreds of female athletes. The documentary premiered at the 2019 Tribeca Film Festival and was later released by HBO. Accompanying the film will be a panel discussion with producers Dr. Steven Ungerleider and David Ulich of Sidewinder Films and the Foundation for Global Sports Development, USC Annenberg Professor Dan Birman, and athlete survivor Melody van der Veen. Light refreshments will be provided.