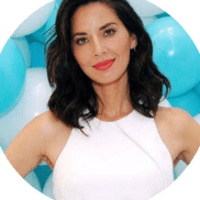 Join the USC Sol Price School of Public Policy and the Asian Pacific Islander Caucus (APIC) for a conversation with Olivia Munn as she discusses her experience growing up in an Asian American household and how she managed expectations from her family. During the conversation we will also explore Olivia’s journey to becoming a household name in Hollywood and her perspective on Asian representation in Hollywood.

Olivia Munn is an American actress who began her professional career as a television host for G4, largely on the series Attack of the Show! Since then, she has appeared in a variety of shows such as The Newsroom and The Daily Show with Jon Stewart as well as movies such as X-Men: Apocalypse and The Predator. In addition to acting, she also invests in multiple companies. She was one of the early Uber investors and invested in the dog walking app Wag! before ultimately joining the latter company as a creative strategist.