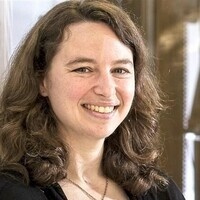 Abstract: In Parkinson's disease (PD), dopamine depletion alters neuronal activity in the direct and indirect pathways and leads to increased synchrony in the basal ganglia network. However, the origins of these changes remain elusive. Because GABAergic interneurons regulate activity of projection neurons and promote neuronal synchrony, we recorded from pairs of striatal fast-spiking (FS) interneurons and direct- or indirect-pathway MSNs after dopamine depletion with 6-OHDA. Synaptic properties of FS-MSN connections remained similar, yet within 3 days of dopamine depletion, individual FS cells doubled their connectivity to indirect-pathway MSNs, whereas connections to direct-pathway MSNs remained unchanged. A model of the striatal microcircuit revealed that such increases in FS innervation were effective at enhancing synchrony within targeted cell populations. These data suggest that after dopamine depletion, rapid target-specific microcircuit organization in the striatum may lead to increased synchrony of indirect-pathway MSNs that contributes to pathological network oscillations and motor symptoms of PD.

Department
Neuroscience Graduate Program
Add this to your calendar