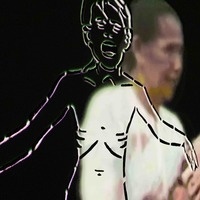 Join artist Tran, T. Kim-Trang as she discusses her work in an informal and intimate artist’s talk via Zoom.

This conversation will focus on her three-channel video installation, Movements: Battles and Solidarity, which debuted in 2020. The installation fuses three seemingly disparate events during the early 1970s in high fashion, the garment industry, and the Vietnam War by exploring the shared sociopolitical and physical “movements.”

This program is presented by the USC Pacific Asia Museum and the USC Sol Price School of Public Policy.

Please register in advance for this webinar:

After registering, you will receive a confirmation email containing information about joining the webinar.

More about the Artist:

Artist / Tran, T. Kim-Trang was born in Vietnam and emigrated to the U.S. in 1975. She received her MFA from the California Institute of the Arts and has been producing experimental videos since the early 1990’s. Her work has been exhibited internationally in solo and group screenings in venues such as the Museum of Modern Art, the Whitney Biennial, and the Robert Flaherty Film Seminar. Her Blindness Series, eight experimental video shorts investigating blindness and its metaphors, was completed in 2006.

Tran is the recipient of numerous grants and awards, including a Creative Capital grant, a Getty Mid-Career Fellowship, and a Rockefeller Film/Video/Multimedia Fellowship, which has enabled her to develop a screenplay based on the life of her mother titled Call Me Sugar, which she hopes to direct as a feature film project.

In 2010 Tran exhibited a three-channel video installation titled Landless in Second Life, where she created an Afterlife for her mother as a way to explore notions of immigrants and immigration in the online, virtual world Second Life. In 2016 she produced a born-digital book of critical essays on The Blindness Series and completed a casual game titled Arizona 9 about a girl’s murder that led to the demise of the border-watch movement. In 2020 she debuted Movements: Battles and Solidarity, a large-scale video installation on the shared movements in fashion, the Vietnam War and women in the garment industry from 1972-74.

Tran is a Professor of Art and Media Studies at Scripps College.