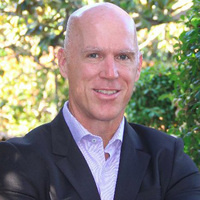 Michael Dunne, author of American Wheels: Chinese Roads (Wiley, 2011) has been involved in the auto industry in Asia and especially China since 1990, when he earned an MBA and an MA in Chinese history at the University of Michigan. He was a managing director at JD Power, known for its automobile quality assessments and was president of General Motors Indonesia for two years. Dunne now heads ZoZo Go, a research consultancy specializing in the Chinese and American auto markets. In this talk, Dunne will focus on General Motors in China, 1989-2019.

In addition to Michael Dunne’s presentation and discussion, Ken Klein, Head of the USC East Asian Library, will give a short introduction to the Mark L. Moody papers at USC Special Collections. Most items from the collection are available online through the USC Digital Library. Moody first went to East Asia in 1919 and later was an automobile dealer in Shanghai (representing Chrysler, Fiat and REO brands) into the 1930s. He traveled widely and photographed and filmed many parts of 1930s China. He documented, through photos, the 1932 Japanese attack on Shanghai and, through film, their 1937 attack as well.