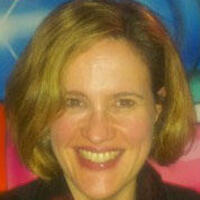 Did God condone polygamists?  Wattapahtihinnit, a Wampanoag living in what is now called Martha’s Vineyard, wondered about this question in the seventeenth century; John Cotton, New England settler, did, too.  The Old Testament gave a fairly clear answer: yes.  It celebrated the successes of the holy and blessed polygamists, including Abraham, David, and Solomon.  Yet God apparently no longer allowed polygamy.  How English settlers and Native Americans in New England made sense of polygamy reveals the complicated ways in which traditions were re-cast among different people in colonial contexts, and how it led to a reconsideration of what was “godly” as well as what it meant to live “in old times.”  It also shows that questions about the nature of marriage, and especially plural marriage, provoked weighty theological and colonial questions, not only among learned puritans but also among Native American women and men who themselves confronted troubling inconsistencies.

Sarah Pearsall teaches early American history at Cambridge University where she is also a Fellow of Robinson College. This year, she is the Senior Fellow at the Clements Center for Southwest Studies at Southern Methodist University.  The author of the prize-winning Atlantic Families: Lives and Letters in the Later Eighteenth Century (Oxford, 2008), she is currently completing “The Violence of our Passions": Polygamy and Power in Early America (forthcoming, Yale University Press, 2019).