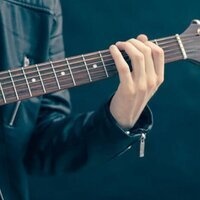 Almost Heaven: Religion, Popular Music, and the Politics of Possibility

Popular music is animated by religious citations both obvious and subtle. Secular and pious artists alike draw from scripture to craft their lyrics, album art, fashion, and public images. Sounds of pipe organs and gospel choirs fill concert halls as routinely as churches. Rituals of call-and-response and singing from a dais are staples of pop spectacle, and listeners rejoice in music that allows us momentarily to transcend our everyday lives. Yet, the political implications of this important relationship are difficult to grasp. In any instance, pop music religiosity signals a range of possibilities: a commodification of faith; a conservative return within the culture of permissive liberalism; a collapse of the distinction between the religious and the secular, suggesting a corresponding collapse of the separation of church and state; or an emancipatory resource to which people gravitate spontaneously in their longing for another world.

In recent years, the connection between pop music and religion has become an intensified site of creativity and experimentation. From #BeyoncéMass to Amenra’s Mass albums, from Kanye West’s “Sunday Service” to the global sensation of Master KC’s “Jerusalema,” from Pussy Riot protesting on the stage of Moscow’s largest church to Justin Bieber sharing the Staples Center stage with his pastor, this experimentation crosses musical genres and national borders. How should we understand the political potential of this broad area of intervention? Panelists analyze relevant events, objects, and patterns for their peril and their promise.

Department
Campus Humanities
Add this to your calendar