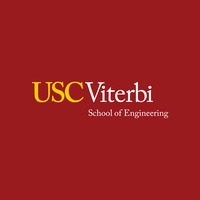 Robotic Construction by Contour Crafting – Future Impacts on Earth and Beyond

Abstract: The nature of construction has remained intensely manual throughout recorded history. Unlike in manufacturing, the growth of automation in construction has been slow. A promising new automation approach is construction scale 3D printing, which has been pioneered by the speaker with the invention of Contour Crafting, a hybrid technology combining concrete 3D printing and a variety of robotics fabrication and assembly tasks with the aim of automating the entire construction activity. The technology also has astounding environmental and energy impact potentials. The entry level implication is especially profound for emergency shelter construction and low-income housing. Exploring possible applications of CC in building on other planets has also been pursued by the speaker through several projects supported by NASA. This new mode of construction will be one of the very few feasible approaches for building using in-situ material on planets such as the Moon and Mars, which are being targeted for human colonization before the end of the century.

Speaker Bio: Behrokh “Berok” Khoshnevis has over 100 US and international patents as well as nearly 200 refereed technical publications. He is a member of the National Academy of Engineering, a Fellow of the National Academy of Inventors inductee, a Fellow of the Society of Manufacturing Engineers, a Fellow of the Institute of Industrial & Systems Engineering, a Fellow of the Society for Computer Simulation and a NASA Innovative Advanced Concept Fellow. Because of his Contour Crafting invention he received the 2014 Grand Prize among 1000+ globally competing technologies in the Create the Future design contest which was organized by NASA. Contour Crafting was selected earlier as one of the top 25 out of more than 4000 candidate inventions by the History Channel Modern Marvels program and the National Inventor’s Hall of Fame.

Department
Viterbi School of Engineering
Add this to your calendar