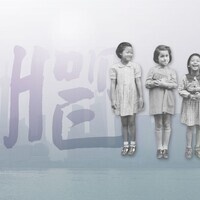 Screening and Conversation@PAM: Above the Drowning Sea

Above the Drowning Sea is a documentary about Jewish refugees from Nazi Europe who found sanctuary in Shanghai thanks to the intervention of Chinese diplomat Ho Feng Shan. The film tells the story from the point of view of the refugees and the Chinese people who sheltered them. In light of today's refugee crisis, Above the Drowning Sea is an inspiring poetic tale about two peoples who found common cause and dignity in a world in chaos. Directed by Nicola Zavaglia and Rene Balcer. Narrated by Juliana Margulies.