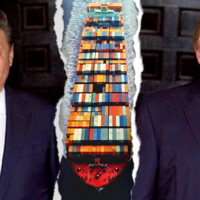 A Roundtable Discussion of the U.S.-China Trade War

The first stirrings of the U.S.-China trade war came on the U.S. campaign trail in 2016, but threats became actions this spring. President Trump argues the war has been going on for years, but that the American side has never chosen to fight back. President Xi told Trump in 2017 that there were “a thousand reasons to make the China-US relationship a success and not a single reason to break it,” but his government and state media have more recently argued more forcefully that China will not yield to American “blackmail.”

At our roundtable, we will discuss American and Chinese aims and tactics, examine the impact of the conflict, outline potential costs if the trade war continues, and review possible routes to resolution. We’ll discuss both the macro perspective and how companies are coping with the uncertainty generated by the conflict.