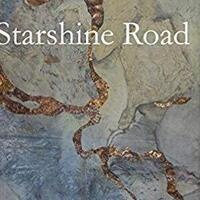 A Reading with Carl Adamshick and L. I. Henley

Join Carl Adamshick and L. I. Henley for a reading on April 4th!

Carl Adamshick is the author of Curses and Wishes (LSU Press, 2011), Saint Friend (McSweeney’s, 2014), Footprints (Wiesedruck, 2017), Receipt (Lost Horse Press, 2017), and Birches (Four Way Books, 2019). He has won a number of awards, including the 1998 Oregon Literary Arts Award, and the Oregon Book Award in 2011 and 2015. He has had writing residencies at Lewis and Clark College, the Vermont Studio Center, and the Lannan Foundation. His writing has appeared in The American Poetry Review, The Harvard Review, and The Columbia Journal. He works as an Editor at Tavern Books.

L.I. Henley won the 2017 Perugia Press Prize for Starshine Road, her second full-length collection. The author of four books, her fifth collection, Whole Night Through, is forthcoming from What Books Pressof Santa Monica. She received The Academy of American Poets University Award, The Duckabush Prize in Poetry, and two prizes from The Poet’s Billow.Starshine Road was a finalist or semi-finalist in several competitions. Her poems have appeared or are forthcoming in Waxwing,The Sonora Review, Rust + Moth, DIAGRAM, Rhino, and many other journals. She holds an M.F.A. in poetry from Pacific University of Oregon and an M.A. in Reading and Literacy through Cal State San Bernardino.With her husband, poet Jonathan Maule, she runs the online literary magazine, Aperçus.