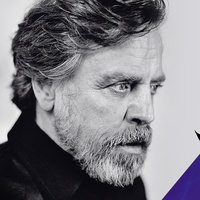 A Conversation with Mark Hamill

Known around the world as Luke Skywalker in the Star Wars films, Hamill will discuss his storied career in movies, television, and theatre; his unique experiences and place in fandom; the importance of pursuing one’s passions and dreams; and finding his voice on Twitter, where he is encouraging nearly 4 million followers to vote in the November election. During the conversation, students will have an opportunity to ask questions.

Bios:
Mark Hamill’s career has encompassed all aspects of entertainment including stage, screen, television, and new media. Best known as Luke Skywalker in George Lucas’ original Star Wars trilogy, followed by The Force Awakens, The Last Jedi, and The Rise of Skywalker, his other films include Corvette Summer, The Big Red One, Jay and Silent Bob Strike Back, and Kingsman: The Secret Service. Hamill also directed and starred in the cult mockumentary Comic Book: The Movie. Broadway credits include The Elephant Man, Amadeus (also its first national tour), Harrigan n' Hart, and Room Service. A prolific voiceover artist, he has performed in countless television cartoons, feature films, and video games. When he isn’t entertaining, Hamill regularly engages and interacts with millions of fans and followers on Twitter.

Willow Bay was appointed dean of the USC Annenberg School for Communication and Journalism and holder of the Walter H. Annenberg Chair in Communication in 2017. Bay came to USC Annenberg from The Huffington Post, where she managed editorial content and growth initiatives for the pioneering online news site. In addition, she was a special correspondent for Bloomberg TV and host of Women to Watch, a primetime program that profiled the next generation of women leaders in various industries. Her prominent broadcast experience includes reporting and anchoring for ABC News’ Good Morning America and serving as a correspondent for World News Weekend.

USC AMPLIFIED is a new, campuswide speaker series that highlights diverse perspectives from some of today’s most engaging and dynamic figures in entertainment, business, politics, sports, science, the arts, and beyond.

It was a fantastic opportunity to discuss some current issues with the great Mark Hamill. Thank you so much! It was really insightful and memorable!