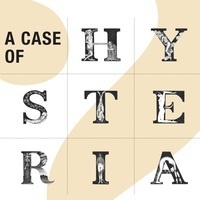 A Case of Hysteria? The Altogether Shocking History of Women's Mental Health

For thousands of years, a wide range of women’s physical and mental health issues have been routinely dismissed and mischaracterized as “hysteria.” The word originates from hystera—Greek for uterus. In the fifth century BC, Hippocrates believed the organ floated through women’s bodies, causing all manner of symptoms to which women were believed to be uniquely susceptible. Even into the twentieth century, doctors postulated that disorders could be caused by mysterious imbalances in the womb, abdomen, nerves, ovaries, brain, psyche, or soul. As the field of psychiatry developed, oppressive forces—often embodied by husbands and fathers—used the threat of institutionalization to punish or exert control over wives and daughters who refused to adhere to traditional gender roles.

While the related science has advanced in recent decades, systematic and institutional changes in women’s mental health have been slower. It remains a struggle for many women to obtain proper psychiatric treatment. Women remain more likely to be misdiagnosed, mistreated, and hospitalized in institutions where they are subject to physical restraint, electroconvulsive therapy, and psychosurgery. A Case of Hysteria? presents books, newspapers, photographs, personal letters, and other archival materials documenting the practices, consequences, and harm of the misapplication of science and pseudoscience in women’s mental healthcare. The items on display come from the USC Libraries collections as well as a group of partner institutions, including the Patton State Mental Hospital in San Bernardino and the now-closed Rockhaven Sanitarium in Glendale.