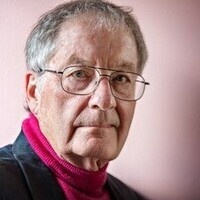 Is the Future of American Religion Behind Us? (co-sponsored by Pepperdine Center for Faith & Learning)

Throughout the second half of the 20th century, religious leaders, movements, ideas and institutions figured prominently in American culture and politics—from Martin Luther King, Jr., Billy Graham and Rabbi Abraham Heschel through Secular Theology, the Anti-Vietnam marches, Liberation Theology, the embrace of Asian gurus, spirituality and cults to the rise of the Religious Right and the culture wars that changed the shape of American politics. How has that changed in the 21st century, and how does that affect current sociopolitical movements? Longtime Newsweek religion editor Kenneth L. Woodward will aim to answer those questions.

Woodward was the religion editor of Newsweek magazine from 1964 to 2002, during which time he reported from five continents and published more than 1,200 articles, including nearly 100 cover stories. He has published more than 300 essays, articles and book reviews in a wide variety of publications including The New York Times, The Washington Post and the Wall Street Journal. Woodward has won 16 awards from various organizations including the National Magazine Award. He has published four books, which have been translated into nine languages.

Winston is a national authority on religion and the media as both a journalist and a scholar. Her expertise includes religion, politics and the news media as well as religion and the entertainment media. Winston’s current research interests are religion and the entertainment media, media coverage of Islam and of changing Christianities, and the role of religion in American identity. She is publisher of Religion Dispatches, a daily online magazine on religion, politics and culture, and she is on the executive board of the International Society for Media, Religion and Culture. Soper recently co-authored Confucianism and Democracy in Taiwan. He has focused much of his academic research on the collision of religion and government in both eastern and western cultures.

The Institute for Advanced Catholic Studies is dedicated to research, dialogue and renewal. It develops a distinctive intellectual capital through the study and application of the long and rich Catholic intellectual tradition—a tradition that includes not only brilliant theologians and philosophers, but also scientists, social scientists, historians, poets, writers, artists, architects and musicians. The Institute promotes understanding, critiquing and developing Catholic intellectual life for the service not only of the Church, but all religions, especially as it dedicates itself to the common good.

Department
Institute for Advanced Catholic Studies
Add this to your calendar