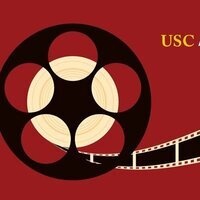 The USC APFF will showcase short films that are produced, written, directed and/or star Asian Pacific Islander (API) USC students or alumni, or that address topics of interest to the API community.

The festival will kick off with a panel discussion, featuring prominent API members of the film industry who will also serve as USC APFF's jury.  In the past, the jury has featured director Jon Chu (Crazy Rich Asians, Now You See Me 2); actress Tamlyn Tomita (Joy Luck Club, Karate Kid II); and culture critic Phil Yu (Angry Asian Man).

After the panel discussion, the jury and audience will screen a series of shorts.  The jury will select one film to receive the Jury Award, while festival guests will select the winner of the Audience Award.

The afternoon will close with an after-screening reception with film makers and stars of the shorts as well as the jury.

$25 per person. Current USC Students with valid ID are FREE.