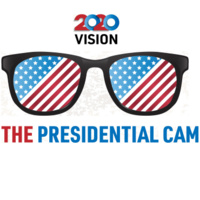 2020 Vision: Inside the Presidential Campaign

Joined by top political strategists, journalists, and academics, this conference offered an insider’s look into the 2020 presidential campaign leading up to the Iowa Caucuses and New Hampshire Primary. The Warschaw Conference on Practical Politics featured candid discussions on the state of the Democratic presidential race, the California primary election, the changing American electorate, and the general election landscape.

10 a.m. to 11:20 a.m. “10 Days to Iowa: The State of the Democratic Race”
This panel will examined campaign strategies and the lead up to the early primary states in Iowa, New Hampshire, Nevada, and South Carolina.

11:30 a.m. to 12:40 p.m. “The California Primary: Who Can Strike Gold?”
This panel examined how California’s earlier primary will impact the Democratic race.

2 p.m. to 3:15 p.m. “Boomers vs. Millennials: The Changing American Electorate”
This panel examined the new demography of the 2020 electorate and the impact of voters in the Rust Belt, white women voters, and younger voters.

3:30 p.m. to 5:00 p.m. “On to November: What Matters and Why?”
This panel explored how the primary campaigns and developments in Washington are shaping the general election landscape.