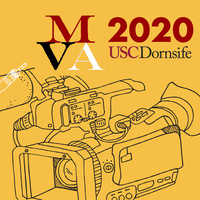 Three new documentaries, thesis films by 2020 graduates of the Masters in Visual Anthropology (MVA), will premiere at this online event hosted by the Department of Anthropology.  Q&A with filmmaker follows each screening.

Film Synopses & Program | RSVP with your email to receive the event link.

Kite is the moving portrait of four Chinese women across generations. The three young Chinese women—Patrice, Viola and Yuni—allude to the intersection of mental health and one’s experience as a member of the diaspora of Chinese youth. The filmmaker’s grandmother, Suqin, speaks about the Great Chinese Famine sixty years ago and foreshadows the continuation of a collective memory of trauma in a younger generation. The film explores the relationship between time and memory, the shifting definition of health, feminine embodiment, and the question of labels. Kite is an illustration of the weight of time and responsibility, a testament to the never-ending nostalgia and regret, yet it is also a hopeful portrayal of the possibilities of changing and becoming. While witnessing how four Chinese women in different generations have responded to pain, the film also spotlights their resilience when facing overwhelming social and bodily constraints.

Stand-up comedy can be a difficult industry to navigate when confronting socially sensitive topics as a woman of color, but in the midst of the movement, it is important to be heard. This study is an exercise in native ethnography as the director is a Chicana, stand-up comedian in Los Angeles exploring “charged humor”, a genre of humor that fuels audiences to address their awareness or experiences of social inequalities and offering solutions by presenting examples of “feeling like a second-class citizen” in storytelling or joke form. Investigating why comediennes harness humor from pain, the film asks the question: to what extent do race, gender, and intersectional politics and positionality inform the creative processes of women of color humorists. Through the lens of comediennes Angelica Mackey, Candice Thompson, and Karina Assad, we follow the creation of charged jokes and their origin stories. Seeing that comedians have an observational understanding of culture in order to craft funny material, their ethnographic sensibilities help capture the process of comedy writing, the joking relationship between performer and audience, and the healing that comes with releasing life experiences through live performance.

The Third Act is for Activism (31 minutes) by Apryl Lundsten, MVA 2020

The Third Act is for Activism follows a group of unlikely activists who were partly responsible for five districts in Southern California flipping from Republican to Democrat in the 2018 mid-terms. Meet Lore, Mel, Shelly, and Wendy—known to Los Angeles field organizers as “Seal Team Six.” These are the women on the front lines of the current Resistance movement in the United States, determined to overthrow Donald Trump and the Republicans. They are pissed off, tireless, undeterred and out to get every American to the polls. They are also over 60. But the women of Seal Team Six aren’t unusual. Women over 60 make up a significant percentage of new activists all over the country. The Third Act is for Activism breaks stereotypes while looking at issues of identity, white privilege, race, older women’s social bonds through activism, and highlights their unorthodox voter registration techniques.

RSVP with your email to receive the event link.