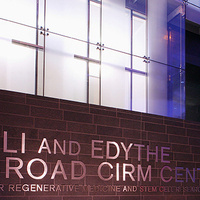 In-person or Register via Zoom at https://usc.zoom.us/meeting/register/tJAqdOmvrDwiHdZyplxWIV0xNNCRq_5LNYNp In my presentation, I will describe some of our...

It was a good talk. He was in Crabtree's lab.

He's got a nice reporter system (synthetic biology) to look at recruitment of repressor complexes to DNA,
and how these complexes control chromatin accessiblity and thus stem cell dynamic, ie staying pluripotent
maintaining a differentiated state.

Two complexes
PRC1 and 2 which induces repression both canonical vs variant forms.

These elements evolutionarily want to move and jump around the genome.
Interested in how have we've evolved to control these movable elements ?

Focus
zfp462, mostly made up of zinc fingers and undefined regions (disordered until binding and interaction with partners induces ordered state?). Still, the gene is highly conserved...

Used reporter and synthetic ZFP and found it is sufficient to induce repression.
Further deletion analysis found the C-terminal domain is sufficient for repression
Did Mass Spec (MS) to find for interactors and confirmed repression complex in heterochromatin by fishing out HP1 as hit.

The last bit of the talk looked at how ZFP might be involved in neuronal differentiation.
Embryonic stem cells are formed into EBs and induced to make germ layers:

Using ngn2 to induce neurons
and found ZFP involved in regulating Endothelial genes, to repress them in neurons